Estal, a company specializing in the development of premium packaging, has seen how the differentiation, innovation and sustainability of its products was once again recognized in the Pentawards, the most prestigious awards in the world of packaging: a total of seven designs involving packaging from Estal’s catalogue received the prestigious awards in this latest edition.

The success of the commitment to offer a unique catalogue, always focused on innovation and design, is the central theme of Estal’s recognition. Estal’s Wildly Crafted collection, designed together with SeriesNemo, has been awarded the Gold Prize in the sustainable design category, which values the environmental performance of the packaging, taking into account the materials used and the production methods.

Wildly Crafted is specially designed for manufacturers looking for a handcrafted, rough and imperfect look and an industrial production that respects sustainability. The beauty of imperfections defines this collection, which is both attractive and ecologically aware. In addition, Wildly Crafted goes beyond design: it is an artisanal language that gives brands a new ingredient of value and a hallmark that generates community.

This product has been particularly well received in the United States, where it is marketed by ByQuest. On the other hand, the Estal’s Sommelier collection designed by Mario di Paolo, BrandBreeder, has also been awarded the Bronze Prize in this edition of the Pentawards 2020. This collection of bottles is For Mario di Paolo “a journey through time, a lasting and unbreakable connection with our roots, told through three genuine and organic wines from Puglia”. This innovative and creative concept renews the aesthetics and functionality of wine bottles. The new model Sommelier reflects a minimalist ring profile that provides not only a simple and more fluid figure, but also generates real functional benefits for its consumer. The result of this innovation is a rejuvenated bottle that transmits a more dynamic and breaking image that is perceived to have a higher weight and a better-quality level.

The Sommelier concept creates new opportunities for the creation of contemporary and exclusive wine bottles, in line with new consumer expectations.

The latest proposals from Wildly Crafted and Estal’s catalogue will be presented at the next edition of Bar Convent (12-18 October, Berlin), one of the most prestigious events in the sector. A great success at the Pentawards Along with the Wildly Crafted and Sommelier collection, five other designs in packaging or products from Estal were awarded prizes in this latest edition of the Pentawards. The new vodka from the American company Air Co, which has a distinctive Estal cap, has won the highest award, the Diamond. The Platinum Award has been granted to the London gin brand Pridem’s Gin, designed by Enpedra Estudio and with a bottle from Estal’s catalogue. The Murganheira wine, designed by Omdesign on another of Estal’s characteristic bottles has been distinguished with a Gold Award. The Spanish designers SeriesNemo have received a second award: the Silver Award for the new premium vinegar by Toro Albalá, which also uses a bottle from Estal’s collection. Finally, the bottle of Estal designed by Rita Rivotti for the Portuguese winery Vale D. Maria has been awarded the Silver Prize.

For more information go to www.estal.com

Related Posts
Is plasma gasification the solution for plastics and all waste?
This proven technology offers an efficient, all-in-one solution to the broken and confusing municipal solid… 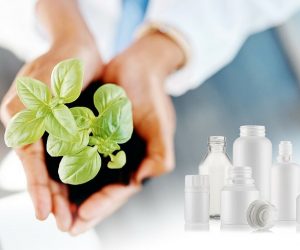 EcoLine ensures the most sustainable packaging solution
With EcoLine, Gerresheimer demonstrates criteria in the development and production of its well-known plastic container… 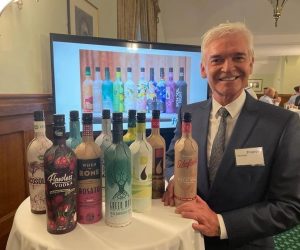 World’s first paper bottle for wines and spirits set to reach 2 millionth bottle in 2022, saving nearly 1,000 tonnes of CO2
And Phillip Schofield is a new customer. British sustainable packaging company Frugalpac is marking the…
Issue 22:3 – May 2022