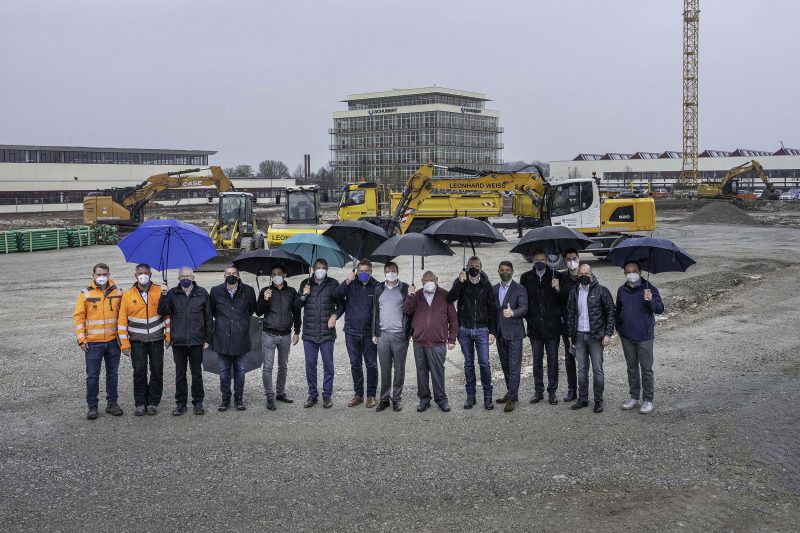 A modern new building for 300 employees

Two and a half years ago, the state road between Crailsheim and Dinkelsbühl was relocated to make way for packaging machine manufacturer Schubert’s planned new building. Construction work is now beginning on the largest investment in the company’s history. Schubert is building a new final assembly hall with an office wing at a cost of 38 million euros and to be completed by June 2023.

“We are very pleased that a large family-owned company like Schubert is investing in this location and providing many new jobs in our city with the new building,” says Jörg Steuler, Crailsheim’s Construction Mayor (or: City Planning Officer). There is already a lot of activity on the construction site: Where just three years ago cars were driving along a state road, there are now pallets of building material, excavators and a large crane owned by the LEONHARD WEISS construction firm. Construction work has begun on Schubert’s modern new building. Not far from the company’s administration building, another final assembly hall with an adjoining office wing is now being built – with a total area of over 12,000 square metres. Schubert is investing close to 38 million euros in the largest capital expenditure in the company’s history.

“The expansion will open up space for 300 employees,” says Peter Schubert, who, as assistant to his father Ralf Schubert, Managing Partner at the company, is also involved in the project’s technical organisation in addition to engineering and design. In collaboration with the Fessel architects and several specialist planners, the requirements of a modern working environment will be implemented in both the assembly hall and the office wing. In practical terms, this means that the rooms will be adapted to the requirements of different work areas. Agile work is made possible by providing the best working conditions for teams that are constantly regrouping on a project-by-project basis. For Schubert, the most important factor is that employees feel comfortable in the new building. “Lunch breaks can be spent on the green roof terrace with a far-reaching view over the fields just as well as in the comfortably designed break rooms,” says Ralf Schubert. Visitor rooms will be created on the ground floor, where customers will also be welcomed. A flexible meeting room system will enable events with up to 140 people to be held in the new building.

Target: Climate neutrality by the end of 2023

Sustainability also played a major role in planning the new building. “We want to produce and manufacture in an entirely CO2-neutral way by the end of 2023, so the building will be equipped with a sustainable energy concept,” explains Ralf Schubert. After the geothermal energy already installed on the company premises was no longer approved at the site due to new regulations, the packaging machine manufacturer decided to use ice storage technology for heating and cooling. A photovoltaic system with an output of roughly 400 kWp (kilowatts-peak) will also be installed on the roof of the new building. “The objective is for the new hall to be operated in a climate-neutral manner,” he continues.

A road had to give way for the new building

For the construction to be planned at all, the L2218 road between Crailsheim and Dinkelsbühl first had to be relocated in 2019. “Due to increased demand for our top-loading (TLM) packaging machines and our company’s growth, we had to consider back then how to expand our assembly areas,” recalls Ralf Schubert. The idea of relocating the road near the Schubert site to create a new building area convinced the city of Crailsheim as well as the Stuttgart Regional Council. However, it will still take some time before the assembly hall and the office building will be put into operation: The construction work is scheduled for completion by June 2023. 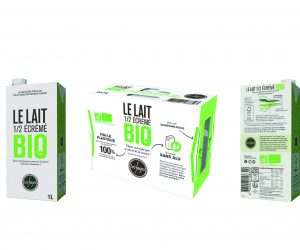 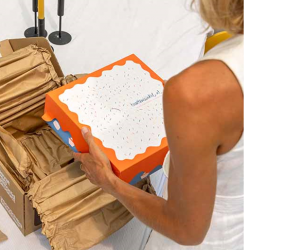 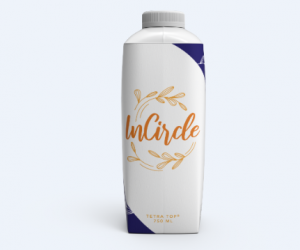