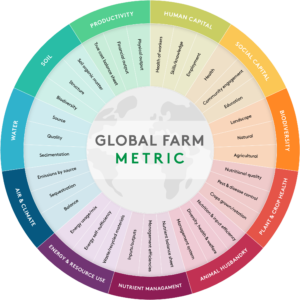 Now that the agricultural sector in the UK has become detached from Brussels, it is taking a big step towards sustainable farming. A new impact measurement model, the Global Farm Metric, is to become the standard by which farmers and supermarkets measure and manage the impact of food production.

The National Farmers Union, the British Ministry of Agriculture and four major supermarkets, including Morrisons, are supportive of this approach. The new impact model resembles Eosta’s model, the Sustainability Flower, both originating from the same international organic think tank. What’s special about the British model is that non-organic farmer organisations and supermarkets are now also embracing it. On BBC radio, Prince Charles stated that he considers the Global Farm Metric as a means to harness the power of the market for sustainability.

‘Only by harnessing the power of the market to help move towards net zero emissions and reinstate the loss of biodiversity, will we be able to avert a catastrophic ecological breakdown of our planetary support systems,’ Prince Charles stated during the launch of Global Farm Metric. ‘The key to all this lies in measurement. With a harmonized global framework of measurement in place we might finally have the potential to enable a global renaissance of truly sustainable agriculture and food production. I can only say I very much hope this happens.’ The Sustainable Food Trust launched the measurement model on 29 April during a TEDx broadcast (‘Measuring Sustainability’), for which the Prince of Wales and ringleaders from British agriculture and retail were present.

A variant of the Sustainability Flower

Support from the British non-organic sector

The British National Farmers Union and Morrisons supermarket chain are supportive of the Global Farm Metric. During the TEDx presentation, David Potts, CEO of Morrisons, said: ‘Our customers say to us they are now not equipped to make an informed choice.’  Potts suggested that the Global Farm Metric will help to net zero emissions target within a broader set of principles. Morrisons recently made a promise to produce 100% of its British agricultural products nett carbon neutral by 2030.

Minette Batters, President of the National Farmers Unions, said: ‘It has been fascinating and rewarding to work together across all sectors on a harmonised set of sustainability metrics. Farmers can be part of the solution to climate change, but for this to happen it is really important that we own the evidence base for what we are doing on-farm. This will allow us to see what we can change and where we can lead globally.’

A blessing in disguise

Volkert Engelsman, Eosta Managing Director, has congratulated Patrick Holden and the Sustainable Food Trust with this breakthrough. ‘It’s good to see that the Brexit has proven to be a blessing in disguise for the British agricultural and food sector. Now that they are freed of the European lobby for artificial fertiliser, concentrate and pesticides, they are ready to deploy a holistic sustainability model rooted in the mental legacy of biodynamic agriculture. I am glad to see that the Sustainability Flower we have been working with since 2009 now seems to be conquering the world.’

Usable for supermarkets, governments and consumers

The practical implementation in the UK will follow a procedure similar to the one Eosta has been using with its organic growers. ‘Each farm would have an annual sustainability audit’, Patrick Holden explained on BBC radio. ‘This involves the measurement of soil organic matter, water quality, greenhouse gas emissions, energy and resources use, biodiversity, data on crop management, and of course social and cultural impact. The data is combined to produce a score which can be used by supermarkts and foodcompanies; by governments to broker new international agreements for trade; and to give consumers the power to identify sustainable products.’

An instrument to reward farmers for green services

The model readily presents new options for farmers in particular. Patrick Holden: ‘The power of this model is that we could reward famers for delivering public benefits, for building soil arbon, for increasing their biodiversity. I don’t think there’s a farmer in the world who wouldn’t want to be part of this.’ In collaboration with the NFU, the model has been tested at various English farms. Focus is now on making the Global Farm Metric an international standard. ‘We are certain that we can reach agreement about a standard farmers worldwide can use.’

Both the Global Farm Metric and Sustainability Flower look beyond short-term profits to the impact production has on human beings and our planet. Ecology is subdivided into soil (including mineral resources), biodiversity (plants and animals), water, and climate (including energy). The human domain is divided into three aspects: individual development (resulting in freedom), social development (resulting in equality) and economic development (resulting in solidarity). In financial terms, impact covers four types of capital: ecological capital, human capital, social capital and economic capital. True Cost Accounting can be used to convert the impact measurements into monetary amounts. The differences between Eosta’s Sustainability Flower (seven petals) and the Global Farm Metric (12 segments) are in the details. For example, certain segments such as ‘biodiversity’ and ‘climate/energy’ have been further itemised in the English model.Eosta, with Nature & More as its consumer brand and transparency system, is Europe’s award-winning leading distributor of organic fruit and vegetables, based in the Netherlands. Eosta is known for its sustainability campaigns such as Living Wages, True Cost of Food and Dr. Goodfood. In 2018 the company was awarded the King William I Prize for Sustainable Entrepreneurship, followed by the European Business Award for the Environment in 2019. Also refer to www.eosta.com and www.natureandmore.com 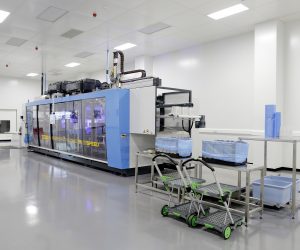 TEQ establishes itself as industry leader in innovation, design and sustainability of plastic packaging
It is important not to overlook the crucial role plastic packaging plays in our economy,… 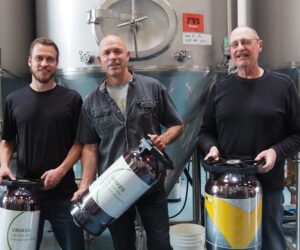 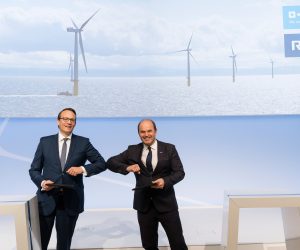