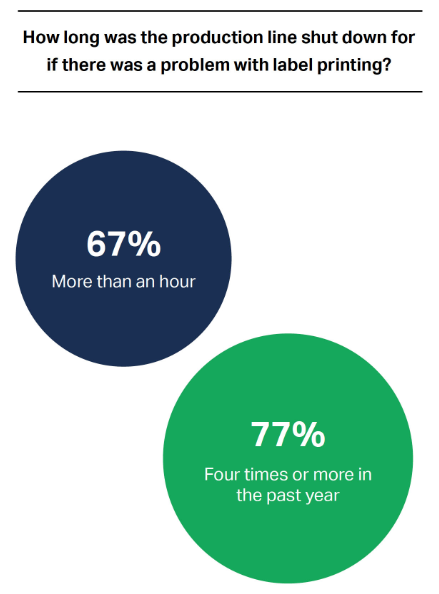 Manufacturers on average incur losses of around £955,000 per year due to production line shutdowns caused by label printing problems, a global study of IT directors in manufacturing organisations has revealed.

The study of 300 IT directors found that on average more than two-thirds of manufacturers (67%) were having to shut down their production line for more than an hour if there was a problem with label printing, with an additional 21% saying the line had to be shut down for more than 30 minutes. The study also revealed that manufacturers were having to pause production lines just under six times a year on average due to such problems, with more than three-quarters (77%) saying their production line had to be paused four times or more in the past year as a consequence of these.

Ken Moir, VP Marketing, NiceLabel, said: “Any business disruption or shutdown can significantly impact any manufacturer causing loss of revenues and ultimately even putting the business itself in jeopardy. The danger of that being caused by mislabeling becomes a growing concern as labeling becomes a key part of business and supply chain strategy.”

Given the losses they are incurring due to shutdowns, it is unsurprising that 26% of the survey sample see ‘ reducing costs’  and 18% see productivity gains among the main benefits of modernizing/automating their manufacturing processes, including labelling, with technology, while 26% reference ‘eliminating errors’.

As Moir explains: “Ultimately, the risks to production operations extend well beyond full shutdowns. Decentralized labeling for example, also adds risk to production operations. An ERP system is supposed to provide “a single source of  truth” to business users. However, at many organizations there are as many versions of the truth as there are labeling locations. That is because in decentralized labeling operations, each facility may not be integrated with ERP and will be creating their own label formats and duplicated product and customer data.

“After all, without centralisation,” continues Moir, “manufacturers are generally not integrated to the same source of truth and that creates redundancies of data – making enterprise-wide updates unmanageable and adding significantly to inaccuracies and inconsistencies.” 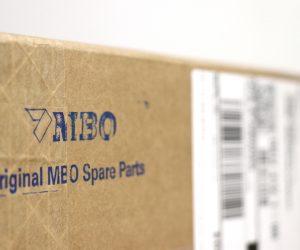 The MBO Group guarantees quick availability and high quality of spare and wear parts
An MBO combi folding machine consists of 6,400 individual parts on average. This number can… 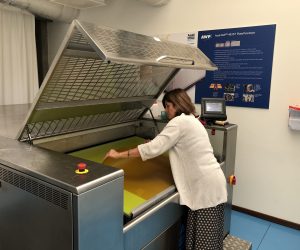 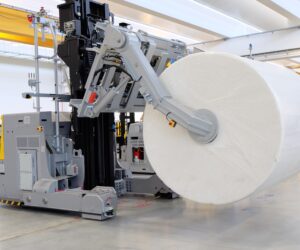