Pilot production in series quality at the Peachtree City production plant: Development samples, clinical samples all the way to small series production in every project phase for the company’s American customers

Pharma and medical technology specialist Gerresheimer has established small series production at its Technical Competence Centre at its Peachtree City, Georgia location. Small quantities of products can now be manufactured under series conditions and in ISO class 8 cleanroom. During the development and approval of pharmaceutical products and medical devices, this kind of small series is regularly needed for clinical samples or stability batches.

Besides providing small volumes of product, small series production also enables Gerresheimer to optimize the production process in the pilot phase. All the expertise required for series production can be established, while processes can be developed and streamlined. The experience gained during mould making and automation can be harnessed to design series moulds and series equipment.

Setup of small series production began at the Technical Competence Centre at the Peachtree City location in 2020 with the conversion of an existing building as well as setup of an ISO class 8 cleanroom in accordance with DIN EN ISO 14644-1. Small series production then took up operation in 2021. “The equipment in small series production adapts to the project. We are currently producing an innovative product for ophthalmology, an innovative point-of-care test system and a combination product in accordance with the FDA definition,” explains Manfred Baumann (Global Executive VP Sales & Marketing, Administration & TCC, Gerresheimer Regensburg GmbH).

Based on these projects, the equipment in small series production currently includes an injection moulding machine with a clamping force of 120 tons that connects with handling systems and parts conveyors. Project-specific assembly and packaging units such as granulation, fill & seal plants as well as manual assembly stations, including ultrasonic welding systems, are also available. For quality assurance, small series production has its own fully equipped measurement laboratory with product-specific testing equipment with optical and tactile measuring machines and other testing equipment. 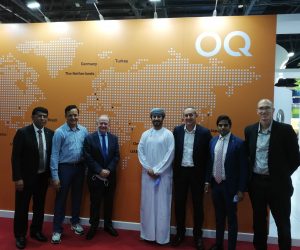 Comexi Will Expand Its Presence in the Middle East with a Showroom at Madayn Plastic Company
The company located in Sohar (Oman) has purchased an F2 ML flexographic press and an…
Montgomery Group announces cancellation of IFE and IFE Manufacturing Solutions 2021 due to Covid-19
Following extensive consultation with industry stakeholders and key partners, Montgomery Group has taken the extremely… 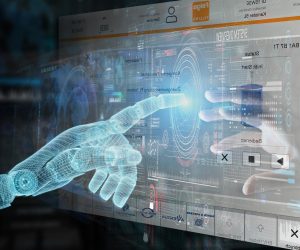 HAVER & BOECKER at Achema
Together with its technology subsidiaries Feige FILLING, AVENTUS and HAVER Automation, HAVER & BOECKER will…
Issue 22:3 – May 2022