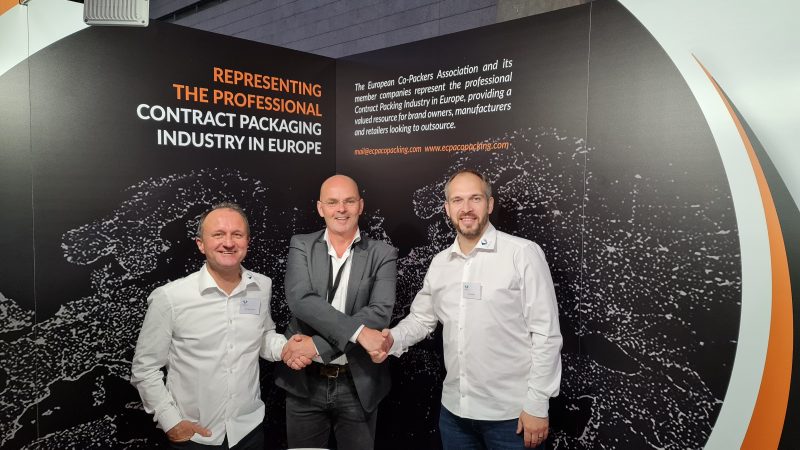 FormerFab® GmbH has been an Associate Member of the European Co-Packers Association (ECPA) since June 1st, 2022.

Associate Members are members who are not primarily contract packers themselves, but who can make a significant contribution to the industry. The corresponding agreement was signed at the end of May at the Hispack 2022 trade fair in Barcelona, where ECPA, represented by Marc van den Maagdenberg (Member of the Board), had a stand alongside with FormerFab.

“By joining the ECPA, FormerFab has reached another important strategic milestone towards further business development,” explains Roy Holfert, Sales Director at FormerFab. Managing Director Dr. Henry Drut sees FormerFab GmbH as an important piece of the puzzle for the primary and secondary packaging of products in paper: „The unique developments and solutions from FormerFab in the area of forming shoulders and forming sets, also with regard to the ever-growing issue of environmental awareness and thus also the production of paper bags in Europe, can contribute greatly to the pan-European co-packer scene, which is exactly how the brand owners have to solve the issue of sustainability and its implementation into safe packaging processes. From this point of view, FormerFab can be the key to successful packaging in paper for co-packers, as well as for brands and packaging machine manufacturers.“

Among other things, FormerFab offers high-precision solutions, some of which are protected by patents, for flow pack and stick packing machines (also multi-lane), but also for vertical bag packaging machines for bags with a width of more than 80 mm.

This is the ECPA

The European Co-Packers Association (ECPA) and its member companies represent the professional Contract Packing Industry in Europe, providing a valued resource for brand owners, manufacturers and retailers looking to outsource. ECPA was formed in 2009 and has members all across Europe. It represents a total of over 1,000 co-packers and around 100,000 people working in this sector with a market value of 4 billion euros in Europe.

Moreover, the European co-packers are currently supported by 28 associate members through the packaging processes. In addition to packaging machine manufacturers, these also include associations such as the DVI (Deutsches Verpackungsinstitute e.V.), or the CPA, USA’s Association for Contract Packagers and Manufacturers, but also parts suppliers for packaging machines such as Watttron or now FormerFab. 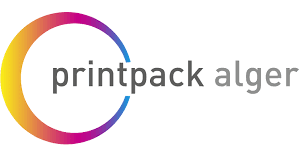 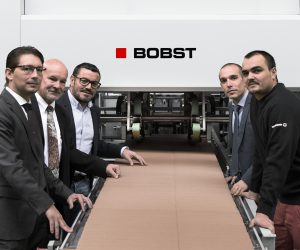 BOBST’s SPEEDPACK helps BOURQUIN to achieve the next stage of its evolution
BOURQUIN is a business that has successfully evolved continually and consistently with the times. The… 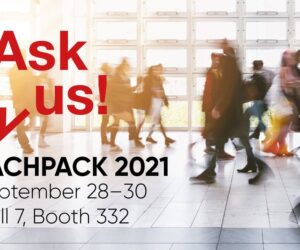 FACHPACK 2021: Greiner Packaging to showcase packaging concepts for the future
Alternative and recycled materials, barrier technologies, innovative solutions for the POS, and the circular economy…
Issue 22:3 – May 2022