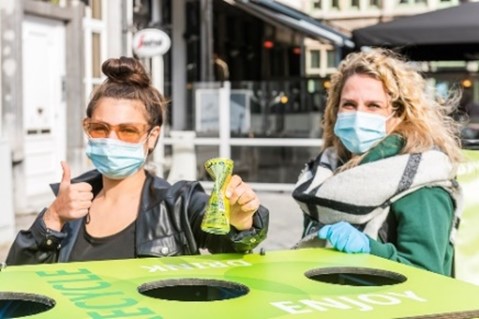 People Desire Infinitely Recyclable Packaging, Better Labelling, And Want To Know More About What Happens To Their Recyclables.

Europeans would like to see more recycling bins when they are out and about, according to a survey performed in 14 European countries by the LUCID polling agency in association with the Every Can Counts initiative that aims to raise awareness about the advantages of recycling aluminium drink cans.

These results come on the heels of news that 86% of people say that it’s more important than ever to recycle. However, it seems that the chief obstacle to higher recycling rates is a lack of infrastructure.

The poll showed that most respondents (93%) would like to see more recycling bins on the streets, in public spaces, parks, beaches, or on trails. That number inches up to 94% when people were asked about large events such as festivals or sporting events. Furthermore, a resounding 90% of people said that these events should only use recyclable packaging for drinks.

“Most respondents are ready to do more when it comes to sorting and recycling the drink cans they consume out of home, but proper recycling and collection solutions are often too scarce. Collecting and recycling drink cans could be made easier in a number of cases, it can even be fun just as our European initiative shows, but it certainly makes a lot of sense as aluminium cans are made from a fully circular and permanent material that makes them the most valuable and recycled drink packaging,” Every Can Counts Europe Director David Van Heuverswyn said.

People chiefly have problems recycling when out of the home as 83% of respondents said they always or often put their drinks packaging in the recycling bin when at home, but that number plummets to 54% in the workplace, and only 49% do so when out and about, while 48% recycle in outdoor locations like parks and beaches.

People Want to Recycle More, But Lack Information About the Process

Since 2009, Every Can Counts has worked to increase awareness about recycling aluminium drink cans with the vision of recycling 100% of the cans consumed in Europe. And although 74,5% of the drink cans were recycled in Europe in 2017, the poll showed two-thirds of respondents think the aluminium can recycling rate is under 50%. This paradox shows that there is still more work to do in terms of consumer knowledge. Awareness about aluminium’s circular properties is a similar case, with only 55% of respondents correctly identifying aluminium as an infinitely recyclable packaging material.

Moreover, when it comes to what happens to recyclables after leaving the home or office, where they are going to be recycled, what happens to the materials after recycling, and especially how much of  the waste gets actually recycled, respondents admitted they are not well informed and would like to know more.

Recyclability also plays an important role in consumer behaviour. Most respondents (54%) said they prefer to use drink cans because they are easily recyclable. This reason was also the strongest motivation when compared with others such as light packaging, easy to transport, open on the go, and easy storage. It’s thus not surprising that a total of 94% said companies should use packaging that is infinitely recyclable.

Finally, people expressed favourable views towards incentives to reducing the environmental footprint of drinks packaging such as a reward system for recycling, improved labelling information, better signage, and harmonised rules and sorting instructions at least at country level. 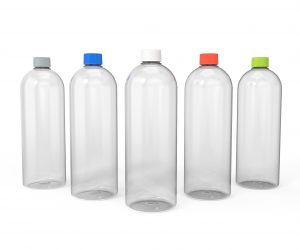 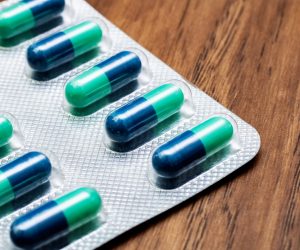 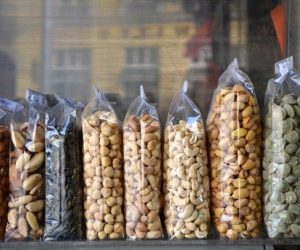 More sustainable food packaging thanks to hubergroup’s new oxygen barrier coating
Recyclable packaging solutions are increasingly in demand. However, due to a complex requirement profile, flexible…
Issue 22:3 – May 2022