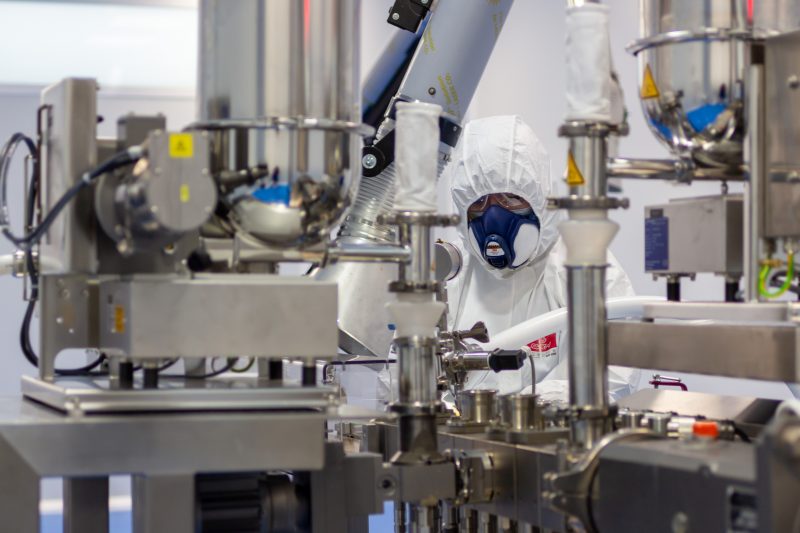 As a decisive leader in European projects, AIMPLAS closed 2019 with €13.3 million in revenue, a 14% increase over 2018. Its commitment to social and environmental sustainability was highlighted by a report verified by GRI. Furthermore, according to the calculation of the centre’s social return on investment, for every euro invested, AIMPLAS gave back €7.20 to society.

Construction also started in 2019 on a new building for working on chemical process to obtain polymeric materials, use CO2 as a renewable raw material, perform chemical recycling, and research in the health sector. This 1,500 m2 building was the first laboratory in Spain to achieve BREEAM sustainable construction certification.

Valencia (15 October 2020). AIMPLAS, Plastics Technology Centre, closed the 2019 financial year with revenue of €13.3 million, which represents a 14% increase compared to the previous year. In 2019, the technology centre also made progress in terms of corporate social responsibility by having its sustainability report verified by the Global Reporting Initiative (GRI), an independent organization that is a pioneer in report presentation and an international benchmark in sustainability reports. AIMPLAS also calculated its social return on investment (SROI), which shows that, for every euro it invested, €7.20 was returned to society. Furthermore, construction started in 2019 on a new laboratory for working on chemical processes to obtain polymeric materials, use CO2 as an alternative carbon source, perform chemical recycling and research in the health sector. This 1,500 m2 building was the first laboratory in Spain to achieve BREEAM sustainable construction certification.

Of the €13.3 million in revenue in 2019, 73% came from a total of 226 R&D&I projects carried out, 62 of which were international in scope. In total, 493 companies (298 SMEs) participated in these projects and earned a return of €30.8 million in direct aid to finance their R&D&I activities. By sector, 34% were companies in packaging, 19% in recycling, 15% in the automotive and transport industries, 10% in construction, 8% in the health sector, 5% in the electrical-electronic sector, 4% in agriculture, and 2% in aeronautics.

According to the CDTI report on Spanish participation in the Horizon 2020 programme (2014-2019), which analyses the return on investment of these European projects by autonomous community, AIMPLAS is the leading plastics technology centre in the Region of Valencia and in Spain as a whole. At regional level, AIMPLAS has moved up to fifth place in the ranking and even surpassed some of the leading universities in the Region of Valencia. Meanwhile, at national level, it is ranked eleventh in the number of projects and economic return, sixth in coordinated projects, and among the top four in the project-to-employee ratio. AIMPLAS also leads the way in the percentage of coordinated projects, given that 45% of the proposals carried out were coordinated. This highlights the technical excellence of AIMPLAS proposals with respect to the needs raised by the European Commission. During the H2020 programme, AIMPLAS developed a total of 31 projects, 14 of which were coordinated.

All 2019 economic, environmental and social data were collected to prepare the third sustainability report, which was verified by GRI for the first time. In 2016, AIMPLAS took the decision to join the United Nations Global Compact. Since then, it has reported on its CSR actions in line with the Compact’s ten principles on human rights, labour, the environment and anti-corruption. In 2019, the centre went a step further and became the first Spanish technology centre to produce reports in accordance with GRI standards.

The 2019 AIMPLAS sustainability report includes, for the first time, the results of the calculation by a specialist external consultant of the centre’s social return on investment (SROI). The results of this exhaustive study on the social (not financial) impact of all the centre’s activities indicate that, for every euro invested in AIMPLAS activities in 2019, it achieved a return on investment of €7.22. The report also estimates that AIMPLAS contributed €70 million to the SDGs and its impact on the circular economy amounted to €59 million.

Throughout 2019, the circular economy was a guiding force in the activity of the technology centre, which submitted more than 80 R&D&I projects and participated in a total of 28 events on the topic. The centre also taught 25 courses and organized four workshops that were attended by more than 500 people. In terms of technological services, a new diagnostics service was launched to enable companies to implement this type of strategy. Furthermore, the number of ENAC-accredited tests for recycled plastics increased and a researcher was taken on as a EuCertPlast-accredited expert auditor to carry out the audits that recycling companies must pass to obtain this certification.

Environmental sustainability has even played a key role in the centre’s investments in new facilities, as exemplified by the construction of a new 1,500 m2 laboratory, which brings the centre’s total built area to 10,500 m2 (6,000 m2 of pilot plants and 4,500 m2 of laboratories). The facility will double the polymer synthesis capacity thanks to a pilot plant with a capacity of 50 litres (pre-industrial level) that includes a clean room to further promote research in fields such as health, plastronics and aerospace. The new laboratory received environmental certification in accordance with the BREEAM methodology, which endorses the building’s sustainability. It was the first Spanish laboratory to achieve this certification.

In terms of labour, another milestone for AIMPLAS in 2019 was the first-time achievement of Great Place to Work certification, whereby AIMPLAS is considered an optimal organization for peoples’ professional development. Furthermore, the centre entered the rankings of the best places to work for seniors and millennials.

The technology centre is celebrating its 30th anniversary in 2020 and received major support from the Valencian Regional Ministry of Sustainable Economy, specifically from the Valencian Institute of Business Competitiveness (IVACE), whose collaboration not only helped fund several projects, but was also key for making progress and consolidating the innovation model implemented by both organizations.

Related Posts
NEW IDEAS FOR SUSTAINABLE SOLUTIONS IN FLEXIBLE PACKAGING
Sustainability is currently an important, if not the most important driver in the flexible packaging… 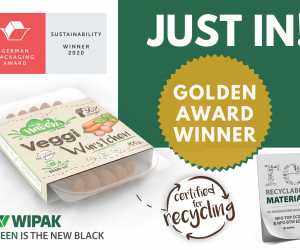 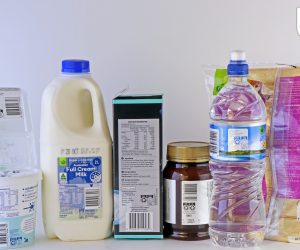 Follow the RED Recycled Road
When you think of outdoor furniture, roads, bollards, fences, patio decking and even footbridges you… 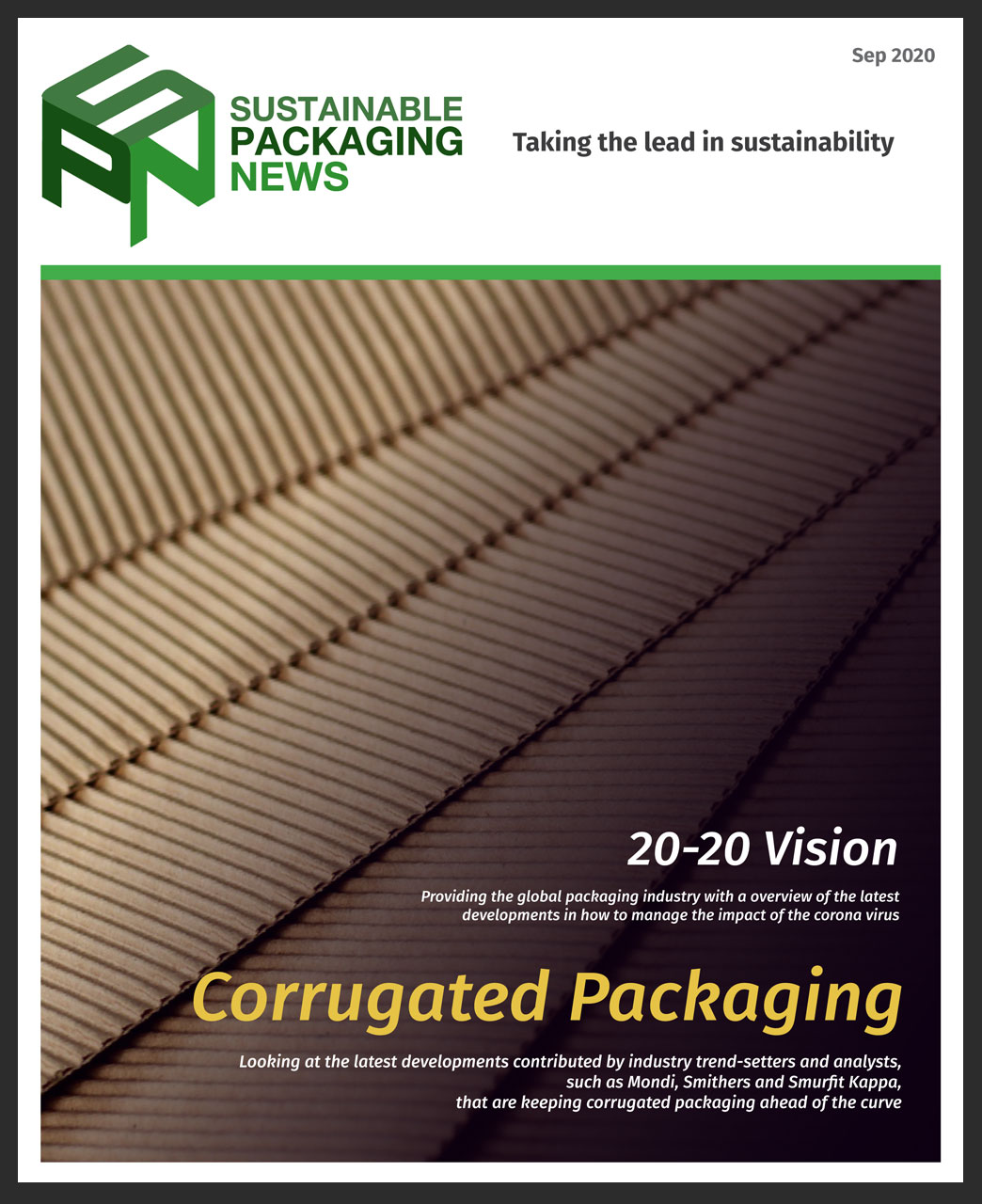 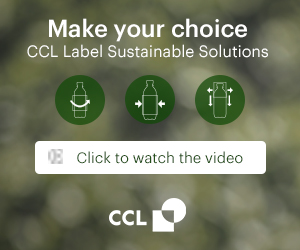 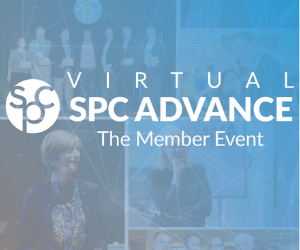